“It is very serious what is happening in Manaus” (AM), laments municipal teacher Gleice Antônia de Oliveira.

Epicenter of the covid-19 pandemic in Brazil, the capital of northern Amazonas State lives a healthcare collapse due to unstoppable spread of the coronavirus and its mutations.

On top of facing lines for ICU beds, desperate families have to resort to the private purchase of high-priced oxygen cylinders to meet the demands of their dear ones as many of them die without oxygen or without access to ICUs and hospitals.

What is happening in Manaus is a true genocide caused by the policy of the Bolsonaro/Pazuello government.
Facing such an alarming situation that extends during the pandemic, CSP-Conlutas joins the Cabana Front in Defense of Life campaign “SOS Manaus: In Defense of Life and Brazil” that demands immediate lockdown, vaccines, mass testing and one-minimum-wage emergency aid for the entire population of Manaus.
Furthermore, the campaign stands for placing all private healthcare system under the control of SUS (the Brazilian NHS); job security and strengthening the struggle to topple Bolsonaro and Mourão.

MANIFESTO SOS MANAUS: IN DEFENSE OF LIFE AND BRAZIL

What is happening in Manaus is very serious.Epicenter of the covid-19 pandemic in Brazil, the capital of the state of Amazonas is experiencing a collapse without any control over the proliferation of the Coronavirus, and currently of its mutations, under an alarming health chaos.
The scenes are sad.Line of people waiting for ICU beds (Intensive Care Unit) and infected and desperate family members at the doors of hospitals without even oxygen to meet the demand of patients.Distressing moments in the homes and in the vicinity of the hospital units and the private purchase of supplies, such as oxygen, at sky-high prices when they should have been confiscated to be supplied by the state.Many died without oxygen, without access to ICU or hospital beds.On January 21, epidemiologist Jesem Orellana, from Fiocruz-Amazon, defended in a public note the urgent dispatch of a mission of international observers, for stating that it was “no longer possible to trust the different levels of management that are in charge of the epidemic.The researcher reinforced in the title “Manaus is lost and the covid-19 exploded”.At the head of this management of barbarism and genocide are the governor of Amazonas, Wilson Lima (PSC), the federal government of Bolsonaro/Mourão/Pazuello, and the mayors of the cities of Amazonas, among them David Almeida (Avante), of the capital.The criminal management and lack of control in the incipient vaccination in the state, with several reports of furafilas (line cutters) and theft of vaccines led to the paralysis in immunization in the capital of Amazonas, amid the calamitous situation.The high under-reporting hides the much greater reality of deaths and the lack of testing makes the already precarious fight against the pandemic even more difficult.
The chaos provoked legal actions so that all the cases were gathered in a single line for treatment.Besides this, the government of Amazonas and the Ministry of Health were obliged to make ICU beds available for patients, as well as to guarantee transfer to other states.After so many deaths and lack of control, only in the third week of February the Amazonas Secretary of Health made an administrative requisition for clinical and ICU beds in the private network in Manaus for patients with covid-19.This requisition is foreseen by the General Law of SUS (Unique Health System).
The lack of care in Manaus is also due to a larger problem in the state.Of the 61 municipalities in Amazonas, besides the capital, none has a hospital unit with ICU and adequate structure to care for patients with covid-19. It is an absolute disregard that comes from previous administrations and has exploded now with the pandemic.In Amazonas, only the hospitals in Manaus have ICUs.Despite this catastrophic situation, the federal government, through its Health Minister, Eduardo Pazuello, had the nerve to criminally demand the application of the “early treatment” against covid-19, that is, the use of chloroquine, even though it was already public knownthat such an opinion has no scientific support in the world. Meanwhile, four people died from a single family of five. Patients were sent to other states in search of treatment.This attitude is yet another example of the abominable neglect, denialism, and genocidal policy of how the pandemic in Brazil is being treated by the Bolsonaro government.“If it does not adopt lockdown, the Amazonian capital will be the epicenter of covid-19 in the world and will create new strains even more dangerous,” said scientist Luca Ferrante of the National Institute for Amazon Research (Inpa).The same scientist who in August 2020 wrote an article warning that Brazil’s policies would condemn the Amazon to a second wave of covid-19. He got it right!
This way, we have in the Amazon 300 thousand infected and more than 10 thousand dead.In Brazil, we are reaching 10 million infected and 250 thousand people dead. A memorial was produced in honor of our dead in Manaus. Our lives matter!
The pandemic brought to light the destruction that the public health system in Brazil is going through.Also in the world, a consequence of the neoliberal capitalism policies of strengthening the private system. This is unacceptable!This whole health crisis feeds back on the violent economic crisis, with millions of unemployed and underemployed, with our class without income to survive. While the number of poor people increases, making them more miserable, the rich, bosses and bankers, get richer and richer.In the middle of the pandemic, capitalism shows its most cruel face, in which a few get richer at the expense of the impoverishment of the majority, who watch indignantly as social inequality increases and pay with death for this neglect.
Emergency ProgramIt is necessary to fight for an alternative working class program to confront the decadence and crisis of capitalist society.

Therefore, the CSP-Conlutas joins the Cabana Front in Defense of Life and other entities and defend urgent measures for the population of Manaus and Amazonas: 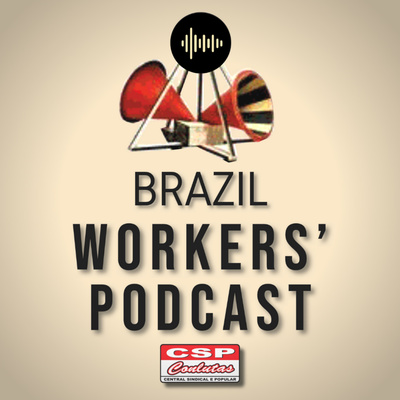